“I would not have become an ultra cyclist had it not been for the great events Dave organized. Dave was a great friend and a strong supporter of our sport who will be dearly missed.” – Tom Buckley, WUCA President.

Dave Holmes, the driving force behind ultra cycling events in the Midwest since the early 1990’s, was killed on July 14 while riding near Eldridge, IA.

The WUCA Board of Directors unanimously elected Holmes to the Ultracycling Hall of Fame. 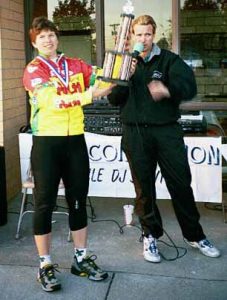 Memorial Brevet: A Dave Holmes Memorial 200k brevet was held on May 7, 2005. Robert Fry, the Cedar Valley, IA brevet organizer put on the brefvet in conjunction with Dave’s family. The brevet started in Eldridge and followed Dave’s old 200K route. 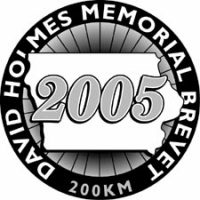 WUCA president Tom Buckley said: “I would not have become an ultra cyclist had it not been for the great events Dave organized. Dave was a great friend and a strong supporter of our sport who will be dearly missed. It’s always difficult to hear the news of fellow ultra members being killed. It makes it doubly difficult when it is someone who help so much with ultra cycling life.”

Holmes was killed on while riding on St. Anne’s Road between Long Grove and Eldridge, IA. According to the Quad Cities On-Line Holmes was run over by a semi-trailer. A pilot car was leading traffic west in the eastbound lane of a multi-mile construction zone on a two-lane highway. Initially, Holmes was in front of the pilot car. The pilot car passed Holmes and then semi attempted to pass him. Holmes was run over by the rear wheels of the trailer. He was wearing a helmet. He was pronounced dead on the scene. An autopsy is being done.

The Scott County Sheriff’s Department is investigating. Sgt. Tim Lane, head of the Sheriff’s Department’s accident response team said the department’s investigation is centering around how Mr. Holmes ended up under the truck’s wheels. He said there are many possible scenarios, including if Mr. Holmes were given enough room by the semi, if he were bumped by the trailer or if wind or vibrations knocked him off his bike. A drop-off on the side of the road could have been a factor, Sgt. Lane said.

“He was a serious rider and put in a lot of miles. To lose control like that seems highly unlikely,” Sgt. Lane said. Sgt. Lane said charges against the semi trailer’s driver — if applicable — would not be filed until the investigation is complete. 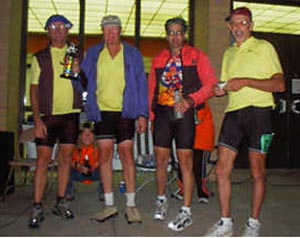 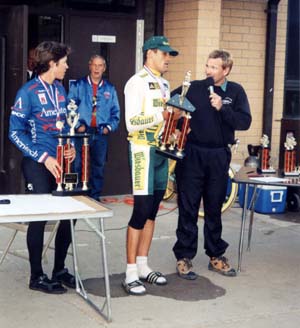 The funeral was Saturday, July 17, in Davenport, IA.