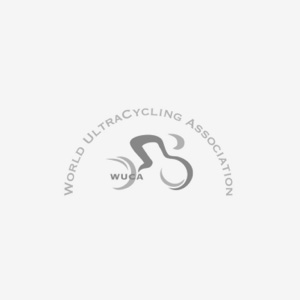 Chris Hopkinson (known to most as Hoppo) is the newest recipient of the UltraCyclist-of-distinction (UCD) award, based upon an outstanding three-year period of performance and service. In 2012, Hoppo took ninth place in the Ultra Cup and the World Cup with over 100 points in each. Almost doubling his points in 2013, Hoppo moved up to second in both competitions. And to cap it all, in 2014 Hoppo took second in the World Cup and won the Ultra Cup, with over 600 points in each competition.

As part of his string of Cup performances, Hoppo also won the 12 Hour Championship in 2014 on the strength of wins in two 12 Hour races.

When asked for his favorite races, Hoppo stated, “My best ever performance on a bike was at the No Country For Old Men 1000 Mile TT in October. I did 2 Days 23 Hours 58 Minutes, setting a new course record and only taking 20 minutes sleep throughout! Winning by nearly seven hours.”

And Hoppo had to compete under a cloud of anxiety due to a medical situation. Hoppo reports, “Following Race Around Ireland I visited the doctor as I was feeling unwell, he gave me blood tests and said I was level 3b kidney failure and looked like I had prostate cancer. The physical exam confirmed this, as my prostate was twice the normal size. Just before Texas 500 my kidney readings returned to normal. After Taupo at the end of November, I had further tests, and in the middle of December I have just been given the all clear.”

Hoppo was also the WUCA 12 Hour champion in 2005. Hoppo also has a string of records through the WUCA Records Program, starting with Missouri in 2004, when Hoppo set the West-East record (over 22mph!) on September 3 and immediately followed on September 4 with the East-West record (over 20 mph). Then in 2014, Hoppo again did a two-day double in the new Capital-to-Capital category by setting records for London (England)-Cardiff (Wales) and Cardiff (Wales)-Edinburgh (Scotland). Those two records totaled over 540 miles of records in just two days.

Hoppo also has a strong list of performances in RAAM (Race Across America). In 2005, Hoppo became the first Englishman to complete solo RAAM (11 Days 23 Hours 5 Minutes), for which he was awarded lifetime RAAM-qualified status. In 2013, Hoppo again soloed to a successful RAAM finish in 11 Days 21 Hours 51 Minutes). And for a third successful solo RAAM in 2014, Hoppo clocked 10 Days 18 Hours 55 Minutes.

Even with his full schedule, Hoppo made time to serve ultracycling for many years. He served on the WUCA Board of Directors for seven and a half years, then continued service to WUCA as the Northern European Liaison and continues to perform that service to the present day. Congratulations to Chris Hopkinson, the newest recipient of the Ultra Cyclist of Distinction!